The city of Lleida

A City on a human scale 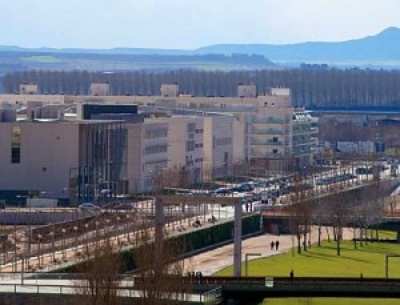 The city of Lleida, with 120,000 inhabitants, is the largest demographic, economic and cultural centre in inland Catalonia. The town, which may appear on some maps with the Spanish spelling “Lérida”, enjoys a privileged strategic position. It is only two hours’ drive to the ski runs in the Pyrenees and an hour to the beaches of the Mediterranean. Lleida is located in the centre of a rich agricultural region, on the banks of the river Segre. It is a city with plenty of services, with a long tradition as a centre of trade and one of the highest incomes per capita in Spain.

Lleida is located 155 kilometres west of Barcelona, the capital of Catalonia. Catalonia, one of Spain’s 17 autonomous regions, is a modern, diverse region with its own identity, characterised by a rich history, culture, language and traditions. The city has a continental climate, with cold, dry winters and very hot summers. Temperatures usually range from below 0°C in the winter to over 35°C in the summer.

The two official languages in Catalonia are Catalan and Spanish (also known as Castilian). The latter is one of the most widely spoken languages in the world. Catalan belongs to the same language family as Spanish, Italian, French and Portuguese. In Catalonia, Catalan is widely used in public life, the mass media, trade and business. Most Catalan people can speak both Catalan and Spanish.

Both official languages are respected at the universities in Catalonia. Teaching staff and students have the right to express themselves in the official language that they prefer. Lectures are taught in Catalan or in Spanish, depending on the lecturer, and students have the right to use the language they prefer. To find out the tuition language of particular courses, contact the Academic Coordinator in each faculty/school.

The region: between the Pyrenees and the Mediterranean 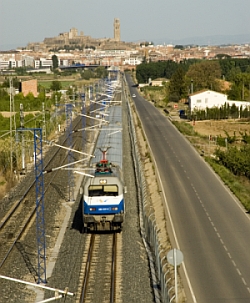 The variety of landscapes (the Pre-Pyrenees and Pyrenees, the Plain of Lleida and the semiarid area of the southern counties) constitute an incomparable natural laboratory, which invites all visitors to explore the region. Skiing, adventure sports, fishing, walking along the banks of the Segre, admiring the landscapes of the dry regions or visiting unique terrains such as the wetland zones of La Mitjana, Utxesa and the Baix Cinca are some of the region’s most popular attractions. The extensive Oligocene and Miocene tabular formations, which cover practically the whole of the southern part of the region, and the alluvial material, mainly found along the river courses of the Segre and the Ebro, add further appeal to the area. The Mesozoic formations in the area of Montsec are also less than an hour's drive away. The geological and palaeontological interest of the area makes it an outstanding centre of scientific learning.

Catalan Romanesque architecture is a common feature in the region with fine examples such as the Vall de Boí, which has been declared a World Heritage Site, and in the Aran Valley. Closer by are the monasteries of Vallbona de les Monges, Santes Creus and Poblet (on the Cistercian Route), or the Seu Vella, a notable example of the Gothic art in the city.

The University in Lleida

The University of Lleida has a number of campuses scattered across the city. Each building and its surroundings form part of an interrelated system that constitutes a functional unit, which blends into the urban fabric. Each campus has been designed to create a pleasant academic atmosphere that is conducive to study, research and debate. 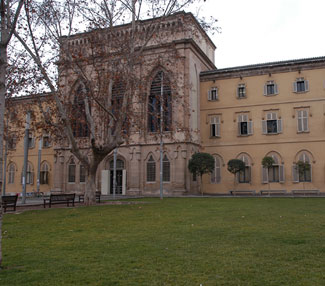 However, it can be said that the University of Lleida is located on one street, with the School of Agricultural Engineering at one end and the Cappont Campus at the other, and the Health Sciences and Rectorate campuses lying between the two. A former seminary on the Rambla d’Aragó was refurbished by the architects Miquel Espinet, Ramon M. Puig and Toni Ubach, and now houses the Rectorate, general university services and the Faculty of Arts. It is opposite another of the city's outstanding buildings, the old maternity hospital, which was converted into the public library by the architect Gelabert.

The Campus of the School of Agricultural Engineering is on the Huesca-Lleida highway. It stands on eleven hectares of land formerly owned by Lleida Provincial Council that until a few years ago was open farmland.

The Health Sciences Campus is located on two sites. The first of these is the Amau de Vilanova University Hospital. It houses the health sciences teaching unit in a space handed over by the Ministry of Health and Social Security. The second is the Hospital of Santa Maria that houses the Faculty of Medicine, the University School of Nursing and the Jaume d'Agramunt Library, which are all found in an area formerly owned by Lleida Provincial Council.

The new university campus lies on the left bank of the river Segre between two of the city’s bridges. Along the river are the campus library, which is in a building that was designed by Kristian Guilische to mark the 700th anniversary of the Estudi General de Lleida, the Polytechnic School, the Faculty of Law and Economics, the Faculty of Educational Sciences, a university hall of residence, an academic management building and a block of classrooms.